There may be no better way to explore the lifestyle and culture of a country than biking your way along the “roads less traveled” while your lodging and restaurant catches up to you for a night’s rest. My wife and I explored the Netherlands and Northern Belgium by Bike and Barge this past summer. Our days were filled with new sights while riding along bike paths, narrow roads through farmers’ fields, and in lovely quaint little towns. At night our barge, the Sailing Home, would catch up to our bike group where we enjoyed a gourmet meal and a good night’s rest. Our Barge was pretty small as cruise ships go, only 13 cabins. So avoiding the tourist crowds was never a problem and it was fun getting to know our small private group while on board. What a way to travel!

Our journey began in Amsterdam, the capital city of The Netherlands. Known for its many canals, rivers, bicycles, and liberal views on most any subject, it is also a fascinating city to explore. Famous residents of the city included Anne Frank and Vincent Van Gogh. A visit to their respective museums enlightens your view of the world on many levels.

After touring Amsterdam for a couple of days we boarded Sailing Home and began our journey along the Amstel River. Over the next 6 days we biked an average of 30 miles a day exploring Uithoorn, Gouda, Kinderdijk, Dordrecht, Oude-Tonge, Zierikzee, National Park Oosterschelde, Veere, and Middelburg, Netherlands before crossing the border into Belgium. Our first stop in Belgium was the beautiful city Ghent. After an unforgettable night exploring, we were up early to ride to our last city destination, Bruges, Belgium whose origins date back to the days of Julius Caesar. Both Ghent and Bruges are Belgium cities worth exploring for few days.

Exploring the rivers, canals, and backroads of the Netherlands and Belgium is an experience that few people will ever forget. Traveling by Bike and Barge through the countryside slows you down, draws you in, and allows you to really get to know the people, the history, while viewing the sights off the beaten path. We are already planning our next Bike and Barge adventure.

Keep exploring, and while on your way… May the Remarkable Photos be Yours….

All in a row – near Gouda, Netherlands

On the road to Dordrecht, Netherlands

On the road to Dordrecht, Netherlands

On the road to Ghent, Belgium 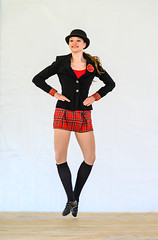