All Aboard the Rocky Mountaineer

I was a little apprehensive climbing on the charter bus on a warm June morning in Vancouver, Canada. My wife and I rarely travel in a tour group preferring to take our own path while traveling. . . planning our own days and arranging our own accommodations. Our bus was about to take us to a unique travel experience… especially for us. Just a few minutes away our driver would drop us off at the Rocky Mountaineer Train Station. For the next two days we would see the back-country sights of the Canadian Rockies from the legendary Rocky Mountaineer Train.

The Rocky Mountaineer first began operations in Western Canada in 1990. Today the company claims to be the busiest privately-owned passenger rail service in North America, having transported over one million passengers since 1990. The Train operates only during the day through the Canadian Rockies and Western Canada from April through October. You can travel in either direction to Vancouver from Banff, Lake Louise, or Jasper, Canada. We chose the “Goldleaf” Service on the “Journey through the Clouds” route from Vancouver to Jasper. Goldleaf service provides two-level car sightseeing with glass domed seating and a private dining area you share with only those traveling in your car. This two-day route follows the Fraser River and passes by the Albreda Glacier and Pyramid Falls, traveling only by day so passengers can soak in the magnificent scenery. Breakfast and Lunch are provided on the train, while our overnight hotel stay in Kamloops allowed for much needed leg stretching as well as a good night’s rest.

Soon after settling down in our assigned seats, we met our crew dedicated to serving us in our train car. They turned out to be most accommodating, and knowledgeable about the sights we saw along the way. On the Rocky Mountaineer, you travel in luxury. Drinks and snacks are served routinely, and the meals are every bit as delicious as you will find in a fine-dining restaurant. However, the sightseeing was most certainly the highlight of our Rocky Mountaineer travels. Here are some sights we enjoyed on our first day.

The train pulled to a stop in Kamloops, a city with a population of 90,000 in south-central British Columbia. Kamloops lies in the middle of two Thompson River branches. We found the riverfront an interesting place to relax and enjoy the scenery on foot for a change.

After a good night’s sleep, we boarded the train before breakfast and soon bid Kamloops farewell. We enjoyed another day of fantastic sightseeing, food, and photography. As we approached Jasper the mountain terrain of the Canadian Rockies became even more spectacular. Here are some sights we enjoyed on our second day.

Chelsea, our hostess aboard the Rocky Mountaineer

Although luxury accommodations and group tours are not our normal mode of travel, we found the two-day ride to Jasper on the Rocky Mountaineer enjoyable, and a very convenient way to get to Jasper from the West Coast. Of course, the quaint town of Jasper is one of the gateways to the incredible Canadian Rocky National Parks, so this was our starting point of our next adventure. After our train ride, we rented a car spending another week on our own hiking and visiting the iconic locations in Jasper and Banff National Parks. An easy drive to Calgary International Airport from Banff began our trip back home when we ended our adventure.  Here are a few photos of our favorite places in Jasper and Banff National Parks.

A couple of days aboard the Rocky Mountaineer sightseeing in the Canadian Rockies was indeed an experience I would recommend to anyone. But after your journey, make sure you spend some time seeing the unforgettable sights in Jasper and Banff National Parks. You won’t be disappointed.  As always… keep exploring and may only the most remarkable photos be yours.

21 thoughts on “All Aboard the Rocky Mountaineer. . .” 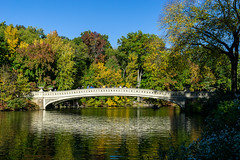